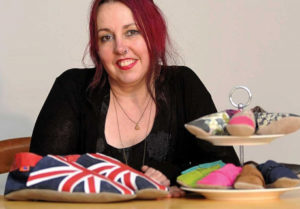 Footwear designer Janet Middleton started making baby shoes after the birth of her son Billy in 1998. Previosly she had worked with Vivienne Westwood, and other London designers like Nick Coleman as well as making womens high fashion shoes for her own label and a host of celebrities, Prince, Courtney Love, Betty Boo…after the birth of her daughter Ruby in 1999 Starchild was formed. Since then we have gone on to grow year on year, now we supply over 500 stores all round the world.